Secrets of The Scrolls (transcript) (eBook only) 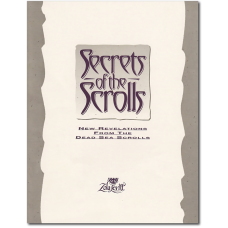 This book is out of print and discontinued but available as an eBook.

Transcript of the Secrets of The Scrolls special.

This program was so vital, so exciting, that we aired it on the Family Channel and other major networks at prime time. Included as the fourth program in the Secrets of the Scrolls series, it shares film footage taken in Israel during an actual archaeological dig at the very site of the finding of the scrolls! Both Dr. James Tabor and Prof. Michael Wise, a translator of the fragments, contribute to the edifying commentary.